Finishing the Eyes Up Ride 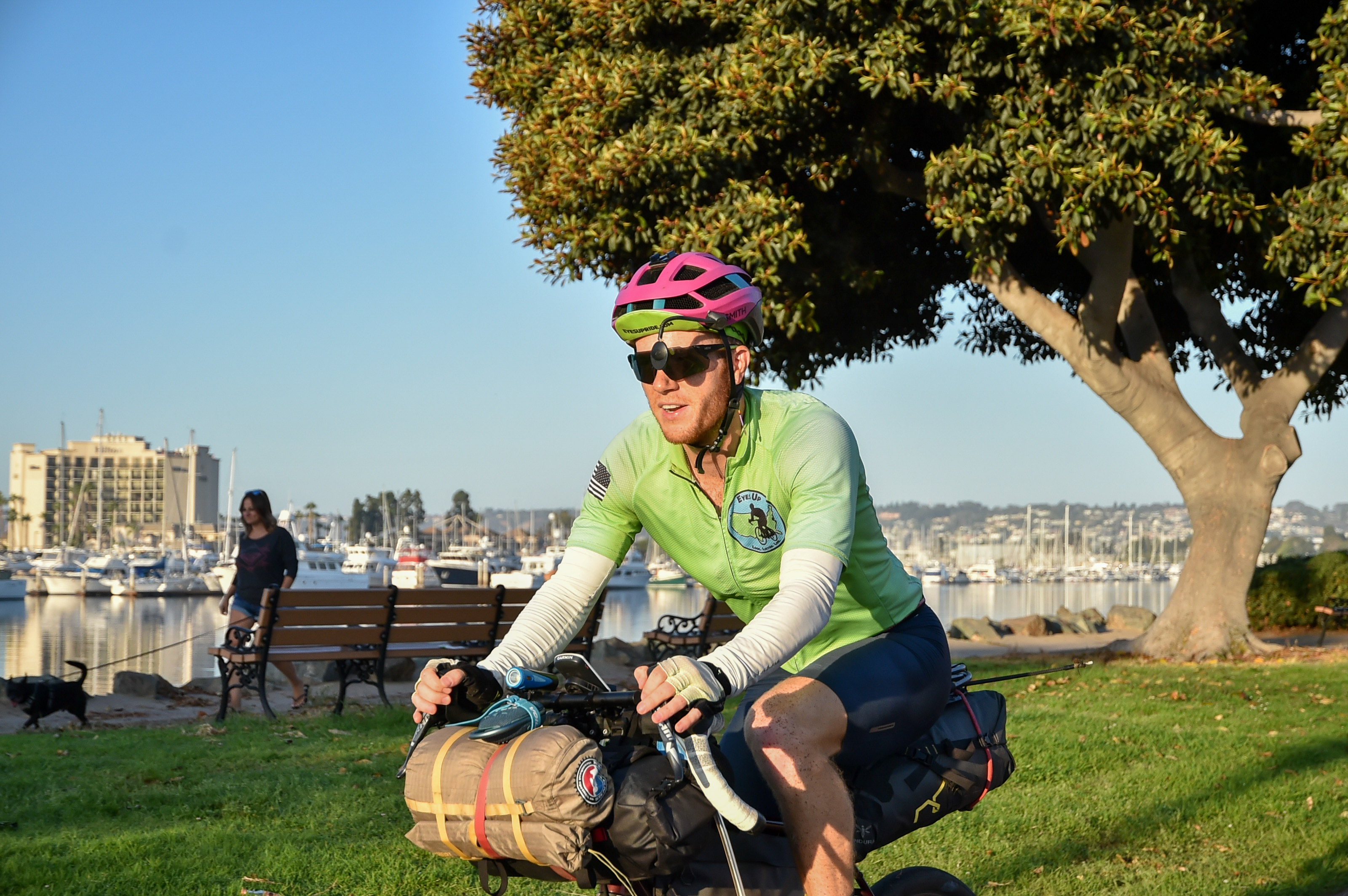 Ben finished his amazing Eyes Up Ride! Here are some of his thoughts.

I'm writing to all of you lovely people from Williamstown, Massachusetts. I made a pit stop here (sort of) on the way to Cape Cod for a friend’s wedding this weekend. It’s nice to have some downtime in this beautiful place where I lived for three years before starting #EyesUpRide and to reconnect with some old (and new) friends.

It’s hard to believe that Eyes Up Ride is complete. I am left on the same sort of cliff at the edge of structure that I would have faced in August 2021 had I not planned the ride. It’s a bit unnerving and invokes a little stress, but I feel excited and filled with positive momentum coming off the last few weeks on the road. I am now in the midst of planning the next project to continue to raise awareness for this cause I have grown so attached to over the past 18 months. Details are still solidifying, so I hesitate to share what I hope it will become (counting chickens) before everything is lined up and concrete (before they hatch).

I have spent some time sitting with the emotions of being done with the ride, and I have actually found this task somewhat challenging. It’s hard to go from having such a deep sense of purpose for many months to nothing. In some ways, being done riding is a relief. It was a long 6+ months between leaving northern California with severe knee pain and resuming riding right where I left off about a month ago.

While those six months off the bike were, at times, incredibly challenging, I can see now in hindsight how much purpose and direction that setback gave me. With all of the time at home with not much to do aside from physical therapy exercises and thinking, I was able to dip my toes in other forms of awareness-raising: public speaking, writing, more extensive use of social media, and video.

Because of my injury and resulting flexible schedule, I also had the opportunity and flexibility to help out Overland Summers, where I have spent most of my working-life and where I still have strong, fond connections. I am so grateful to have spent about two months working in many areas of the summer operation: leader training, summer call center, and field support for the cross-country bike groups. These were all unique, powerful experiences and allowed me to get my head on straight and to feel excited before heading back out on the road.

By the time the final Overland bike group reached the Santa Monica pier, I had seen nearly 30 high school students cross the finish line - they biked across the United States on their summer vacation. This was a particularly special experience for me before resuming this bike ride in honor of Merritt Levitan, who never reached the pier because of a driver texting for four seconds back in 2013.

As I flew up north to San Francisco to meet my dad and head to my starting point (where I left off on February 1st), I had so many thoughts and emotions running through my head. I felt and carried the energy of all the Overland students from their victorious completion of the trip and also felt the gravity and real risk associated with riding a bike on a road shared with cars.

I have now met and spoken to many families and individuals directly affected by distracted driving and it has transformed my thought process and approach to riding a bike. I feel incredibly grateful every time I get on a bike both because of everyone who has lost their life or ability to ride as a result of an avoidable crash and because of the time I spent at home unable to do the very thing this ride is built around.

The evolution of my attachment to this mission to end distracted driving and promote digital wellness has been fascinating to observe as it happens and it feels nowhere near complete. This is exciting for me, because I have no idea where it will lead. The one thing I know is that it feels right. And I have TextLess Live More to thank for many reasons, including for getting me to this point and to wherever this journey takes me. Thank you for being a part of it.