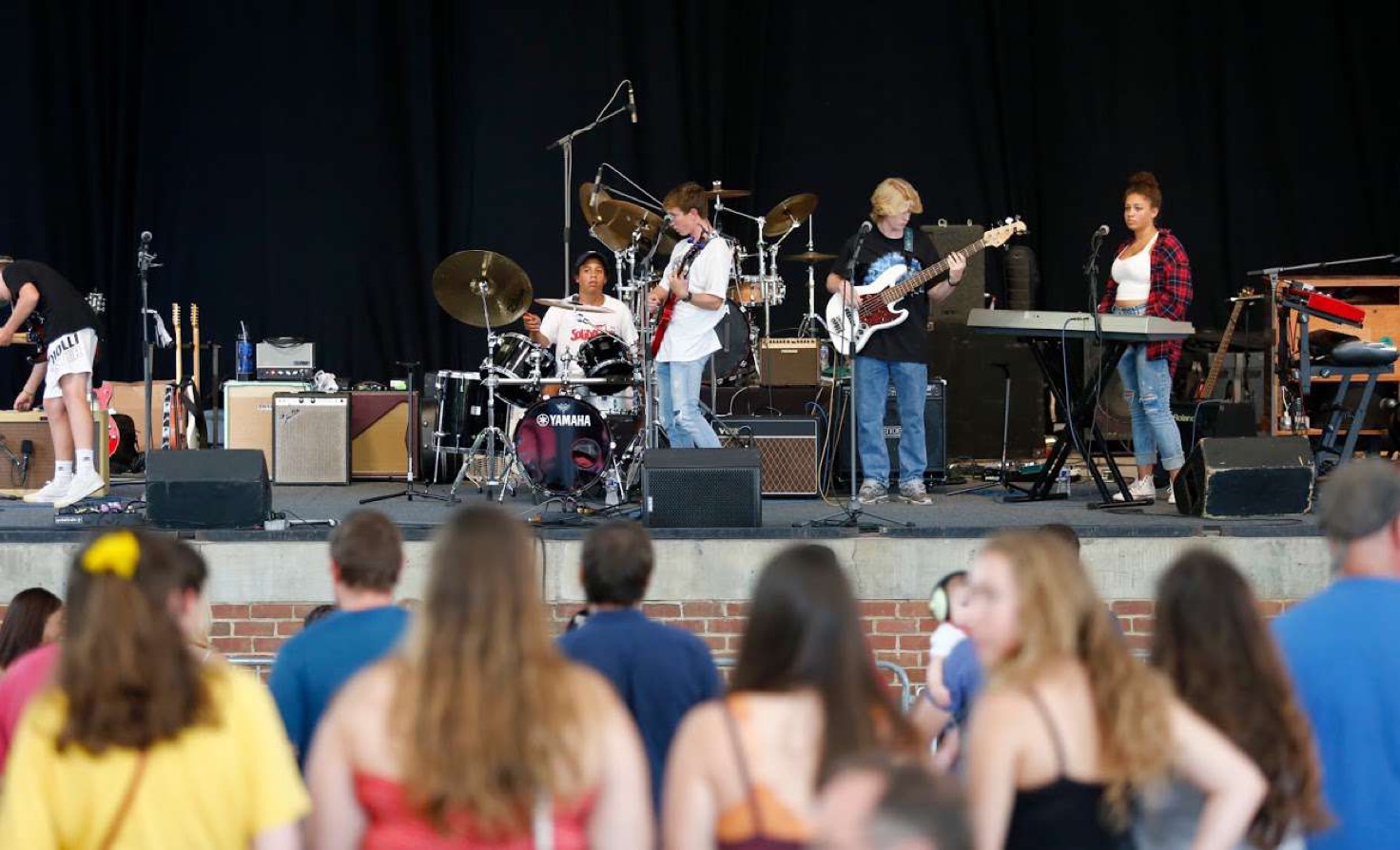 Welcome to Together Apart, a community effort to establish mindfulness, connection, and presence, even when we cannot be physically together. Each week we will feature guest writers from various careers, places, and moments in life to discuss how they are Living More in the time of COVID-19.

This week's guest writer is Will Owens, a junior at Monticello High School in Virginia. Will plays guitar for 14 Stories, a Charlottesville band made up of six teenage musicians.

During this time, one of the biggest challenges for me has been not being able to get together with the band and play every week, which is something I usually get to look forward to. Also, we had some shows lined up that had to be canceled, which is a bummer.

In terms of the band, we’ve video called a little bit just to talk and discuss music, as well as recording our new song, “Options”, from each of our houses. Also, we recorded a “Staying At Home” quarantine track and are still fine-tuning a third single for near-future release.

One of the best silver linings is being able to spend more time with my family now that we’re all home every day, which is super nice. I've been getting outside as much as I can to stay sane, especially now that I can’t see any of my friends. I’ve also been writing some songs, which is a good thing you can do by yourself.

I’ve also definitely been listening to a lot more music just to unwind, now that I have a lot more free time without having to go to school. I've been listening to Sarah and the Sundays, a small band based in Boston that [14 Stories] has drawn inspiration from. Their style is similar to ours, and I listen to them often. I also mainly listen to the “Bedroom Pop” playlist on Spotify. It’s a great mix of songs to relax to and calm stress.

TLLM is extremely important especially now because I, for one, have realized how great spending time with one another can be. It’s easy to take advantage of something until it gets taken away from you. A multitude of people are still driving to and from destinations even with the quarantine affecting us—to get food, pick up items, or just get out of the house. It’s more important than ever to stay focused on driving and live in the moment.

Rodman Rider Spotlight: Emily
back to the blog